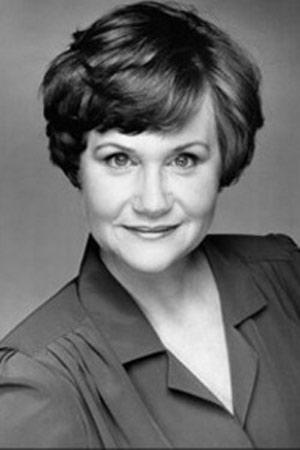 Debra Dickinson was a professional singer/actress in New York for fifteen years before starting her career as a director. She performed with Richard Burton on Broadway in Camelot and as Guenevere opposite Richard Harris in the subsequent national tour. Favorite roles she has played include: Jellylorum in the German language production of Cats at Theatre an der Wien in Vienna; Mimi in Gay Divorce Off-Broadway; Susan in Company at the York Theater in New York City; Adriana in The Boys from Syracuse at the Goodspeed Opera; and Azuri in The Desert Song at Central City Opera and Chautauqua Opera.

She began her directing career by serving as Assistant Director for Naughty Marietta at New York City Opera, and later, she was the Associate Director of The Pajama Game for Beverly Sills’ New York City Opera at Lincoln Center. Other directing credits include L’incoronazione di Poppea, Albert Herring, Volpone,  A Midsummer Night’s Dream, Le nozze di Figaro and Cosi fan tutte, at the Shepherd School; The Tender Land at the Monteux Opera Festival in Maine; Die Fledermaus at Florida State University; A Grand Night for Singing at the Pittsburgh Public Theater; and She Loves Me and The World Goes Round at Stages, an Equity theater in Houston.

Ms. Dickinson received an undergraduate degree from Northwestern University and a graduate degree from Hunter College in New York City. She has taught master classes in acting and movement for Houston Grand Opera and Houston Ebony Opera, and has served as the acting instructor for the Young Artist Programs at Glimmerglass Opera, Chautauqua Opera, Brevard Opera and the Berkshire Opera. She was the recipient of the Shelfer Chair in Music Theater at Florida State University. She has been on the faculty of Rice University for twenty years, where she directs scenes programs and teaches Opera Workshop, as well as a course in Imagination and Communication for instrumentalists.