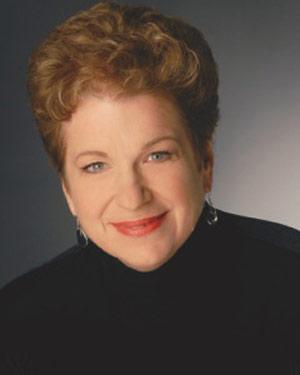 Julie Simson has sung with opera companies throughout the United States including Houston Opera, Dallas Opera, Santa Fe Opera, Opera Memphis, and Opera Colorado performing such roles as Hansel in Hansel and Gretel, the Composer in Ariadne auf Naxos, and Suzuki in Madama Butterfly. She has also performed as soloist in major oratorio works with the Denver, Colorado Springs, Cedar Rapids, Omaha and Milwaukee Symphonies and in Boulder at the MahlerFest and Bach Festival.

Miss Simson was the recipient of a grant to study and perform in Europe where she subsequently won the prestigious Mozart Prize at the International Belvedere Competition in Vienna. After winning First Prize at the East & West Artists International Competition, she made her New York recital debut in Weill Recital Hall at Carnegie Hall. Miss Simson was featured in two concerts at the International George Crumb Festival in Prague Czech Republic, and in recital and masterclasses at the Hochschule für Musik Hans Eisler in Berlin Germany.

Her recordings include Nixon in China with Opera Colorado and the Colorado Symphony on the Naxos label, Mahler’s Symphony No. 8 with the Colorado MahlerFest and Horatio Parker’s Hora Novissima on the Albany label, and an Art Song CD on the songs of American composer Richard Faith. Recent engagements include the leading role in Midnight Angel by David Carlson with the Skylight Opera in Milwaukee, and the operas Le nozze di Figaro, La Traviata, Nixon in China and The Tales of Hoffmann with Opera Colorado.

Also renowned for her teaching of Voice, she was the recipient of the Berton Coffin Faculty Fellowship Endowment and has been a Master-Teacher in the NATS Intern Program. This summer she returned as a guest performer and teacher at the Vancouver International Song Institute at the University of British Columbia-Canada. Miss Simson holds degrees from Western Michigan University and the University of Illinois and taught at the University of Colorado-Boulder. She joins the faculty of The Shepherd School of Music at Rice University as Professor of Voice.