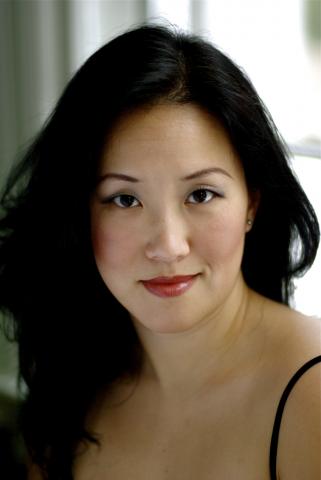 Canadian born pianist Miah Im has recently been appointed Professor of Opera and Director of Opera Studies at Rice University. Additionally, she has joined Houston Grand Opera as Music Director of its esteemed HGO Studio. Formerly, she was the Head of Music Staff at Los Angeles Opera where she served as an assistant conductor, pianist and prompter. Working alongside its music director James Conlon, she was the prompter for LAO’s Grammy winning opera performance for The Ghosts of Versailles.

She has collaborated with the Chicago Symphony Orchestra, the Baltimore Symphony, the Taiwan Philharmonic and has been engaged in Seoul, South Korea by the Seoul Arts Center and at the Daegu Opera House as its Principal Coach and Assistant Conductor. She previously held positions as Principal Coach and Conductor of the University of Toronto Opera School as well as Music Director of the University of Maryland Opera Studio, San Diego Opera Young Artists Ensemble and co-music director of the Concert Artists program for the Oberlin in Italy program.

With over 80 operas in her repertoire, Ms. Im has served on the music staffs for Lyric Opera of Chicago, New York City and Wolftrap Operas, Ravinia Music Festival, Opera Theatre of Saint Louis, The Juilliard School and the Centre for Opera Studies in Italy. She has also been on the opera faculty at the Aspen Music festival and School where she has taught, performed and served as principal coach and chorus master.

She has coached and conducted at the Royal College of Music in London and with a commitment to emerging artists, has devoted much of her time to the singers and pianists in the Domingo-Colburn-Stein Young Artists Program and has worked with the Jette Parker Young Artists at the Royal Opera House.

An active member of Opera America, Im serves on the steering committee of Opera America’s Women’s Opera Network, which is committed to increasing awareness and discussion about diversity and gender equality. Among her greatest passions are helping the advancement of talented women in the opera field and serving as a supporter and mentor for emerging female professionals.

Ms. Im was the inaugural recipient of the Marilyn Horne Foundation Award for Excellence in Vocal Accompanying and appeared as a featured artist on the foundation’s annual gala concert. She has performed with the Chicago Symphony Orchestra, Houston Grand Opera, Los Angeles Philharmonic and the Saint Louis and New World Symphonies.  Her performances have also been featured on WQXR in New York City, NPR and on the CBC radio.

She holds degrees from the University of Michigan in Piano Performance, a minor in Italian and a Master of Music in Collaborative Piano and Chamber Music. Her principal teachers have included Martin Katz, Warren Jones and Louis Nagel.

Miah Im , Professor of Opera and Director of the Opera Studies Program

B.M. in Piano Performance, a minor in Italian, M.M. in Collaborative Piano and Chamber Music at University of Michigan
222 Brockman Hall for Opera
713-348-2165
miah.im@rice.edu