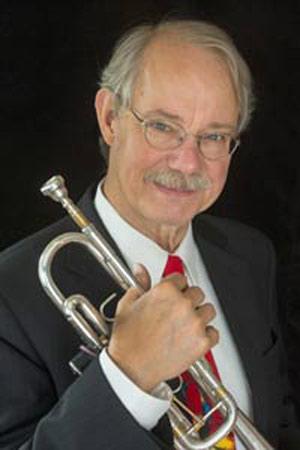 Trumpet lessons began at age 6. Between the ages of 7 and 10, he played in the highly esteemed Joliet, Illinois band program. By age 12, radio performances in Peoria, Illinois hinted at his future professional career. While attending Northwestern University, he performed as Principal Trumpet with Chicago Lyric Opera. He joined the Chicago Symphony Orchestra following his senior year. During his 12 years with the CSO, he was Principal with the Grant Park Symphony Summer Orchestra. The Houston Symphony engaged him as Principal in 1978, where he performed for three seasons.

He received both a Bachelor’s and Master’s degree from Northwestern University. His teachers were Herb Stoskopf, Bud Herseth and Vince Cichowicz.

Geyer is a frequent recitalist and soloist with orchestras and music festivals throughout the world. He has recorded and played on international broadcasts with the Chicago, Houston and Grand Teton Symphony Orchestras, as well as with the Eastman Brass, Music of the Baroque and Chicago Chamber Musicians.