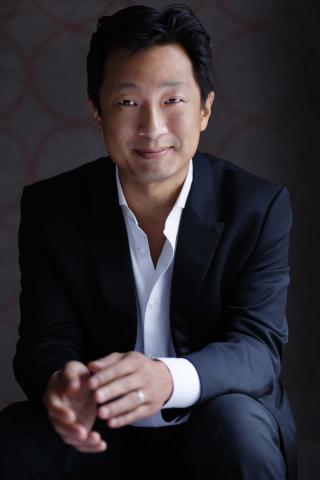 Last summer, Hou lead to much acclaim the opening concerts of the Grand Teton Music Festival, in a program of Copland, Aaron Jay Kernis, and Rachmaninoff’s First Piano Concerto with renowned soloist Daniil Trifonoff. For three summers, he served as Associate Conductor of the Grand Teton Music Festival. Known for his flexibility in many styles and genres, he has conducted a broad range of repertoire from classical to contemporary, leading projects in a variety of settings including orchestra, opera, theater, multimedia, and mixed ensemble. This past spring, Hou led performances of a new collaboration between composer Steve Reich and artist Gerhart Richter to commemorate the opening of New York City’s new performing arts space and center for artistic invention, The Shed.

In addition, he worked closely with the next generation of leading composers including Kate Soper, Anna Clyne, and Andrew Norman. Hou has conducted leading contemporary music ensembles Ensemble Modern, Ensemble Signal, Remix Ensemble, Musiqa, and Alarm Will Sound. He is on the faculty of the Shepherd School of Music, Rice University in Houston, Texas where he leads the contemporary ensemble and works with the symphony orchestra, chamber orchestra, chamber music program, and opera. He is a founder and artistic director of the music series, Hear&Now.