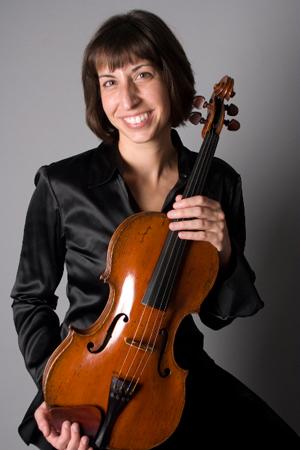 Violist Joan DerHovsepian is an Artist Teacher of Viola at Rice University’s Shepherd School of Music, instructing students in viola orchestral repertoire and chamber music. Ms. DerHovsepian holds the position of Associate Principal Viola of the Houston Symphony Orchestra. She joined the viola section of the Houston Symphony in 1999, and began her new position with the HS in the fall of 2010. She is Principal Violist of the Peninsula Music Festival in Wisconsin and also performs at the Grand Teton Music Festival each summer.

Ms. DerHovsepian is an active performer of chamber music in Houston and throughout the United States. As a member of the Everest Quartet, she concertized throughout the U.S. and Canada and won top prizes in the Banff and Fischoff competitions, as well as holding the string quartet residency with the Midland-Odessa Symphony. She was Principal Viola of the Charleston Symphony Orchestra from 1997-1999 and played in the Rochester Philharmonic Orchestra from 1992-94. Ms. DerHovsepian was the second prize recipient of the 1995 William Primrose Memorial Scholarship Competition. Her teachers include James Dunham and Kim Kashkashian.