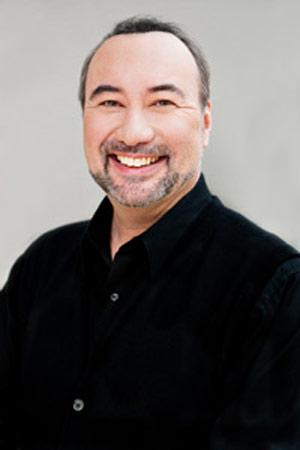 “What an amazing way to mark the 100th anniversary of The Rite of Spring. Stunning!” These words from the Toronto Star echoed glowing reviews across North America for Jon Kimura Parker’s CD, Rite, which includes world premiere recordings of his solo piano transcriptions of Stravinsky’s The Rite of Spring and Petrouchka. Parker’s most recent CD Fantasy has garnered similar praise from Classical Candor: “The reading is riveting. I can’t remember when this work so engrossed me. Parker scores with another favorite recording of the year.”

A veteran of the international concert stage, Jon Kimura Parker has performed as guest soloist with the Philadelphia Orchestra and Wolfgang Sawallisch in Carnegie Hall, toured Europe with the Royal Philharmonic Orchestra and Andre Previn, and shared the stage with Jessye Norman at Berlin’s Philharmonie. Conductors he has recently worked with include Teddy Abrams, Pablo Heras-Cassado, Claus Peter Flor, Hans Graf, Jeffrey Kahane, Carlos Kalmar, Peter Oundjian, Larry Rachleff, Xu Zhong and Pinchas Zukerman. A true Canadian ambassador of music, Mr. Parker has given command performances for Queen Elizabeth II, the U.S. Supreme Court, and the Prime Ministers of Canada and Japan. He is an Officer of The Order of Canada, his country’s highest civilian honor.

He performs as duo partner regularly with James Ehnes, Aloysia Friedmann, Lynn Harrell, Jamie Parker, Orli Shaham, and Cho-Liang Lin, with whom he has given world premieres of sonatas by Paul Schoenfield, John Harbison and Steven Stucky. He performs regularly with the Miró Quartet, and is a founding member of the Montrose Trio with violinist Martin Beaver and cellist Clive Greensmith. The Washington Post’s review of their first tour proclaimed them “poised to become one of the top piano trios in the world.” As a member of the outreach project Piano Plus, Mr. Parker toured remote areas including the Canadian Arctic, performing classical music and rock’n’roll on everything from upright pianos to electronic keyboards. In commemoration of his special performances in war-torn Sarajevo in 1995, he was a featured speaker alongside humanitarians Elie Wiesel and Paul Rusesabagina at the 50th Anniversary of the relief organization AmeriCares.

An unusually versatile artist, Mr. Parker has also jammed with Audra McDonald, Bobby McFerrin, and Doc Severinsen, and this season performed two piano tangos with Pablo Ziegler. This coming season Mr. Parker debuts his new project Off The Score in a quintet with legendary Police drummer Stewart Copeland, featuring both original compositions and fresh takes on music of Ravel, Prokofiev and Stravinsky.

This season, Mr. Parker performs as concerto soloist with the orchestras of Taipei, Hangzhou, and Houston, and appears with the New York Philharmonic in Vail. He appears with the Chamber Music Society of Lincoln Center, at the Santa Fe Chamber Music Festival, and serves on the inaugural jury of the Cliburn Junior Piano Competition. Highlights of the 2015-16 season include solo appearances with the Chicago Symphony and the Philadelphia Orchestra.

A committed educator, Jon Kimura Parker is Professor of Piano at The Shepherd School of Music at Rice University. His students have won international piano competitions, performed with major orchestras across the U.S., and given recitals in Amsterdam, Beijing, New York and Moscow. He has lectured at The Juilliard School, The Colburn School, The Steans Institute, New York University, and Yale University. Mr. Parker is also Artistic Advisor of the Orcas Island Chamber Music Festival, where he has given world premieres of new works by Peter Schickele and Jake Heggie.

Jon Kimura Parker has recorded music of Tchaikovsky, Prokofiev, Chopin and PDQ Bach for Telarc, Mozart for CBC, and Stravinsky, Mozart, Schubert, Schumann, Di Liberto and Hirtz under his own label. His new CD Fantasy features Fantasies of Schubert and Schumann, as well as the sensational Wizard of Oz Fantasy by William Hirtz.

“Jackie” Parker studied with Edward Parker and Keiko Parker privately, Lee Kum-Sing at the Vancouver Academy of Music and the University of British Columbia, Robin Wood at the Victoria Conservatory, Marek Jablonski at the Banff Centre, and Adele Marcus at The Juilliard School. He won the Gold Medal at the 1984 Leeds International Piano Competition. He lives in Houston with his wife, violinist Aloysia Friedmann and their daughter Sophie. For further information, please see www.jonkimuraparker.com.