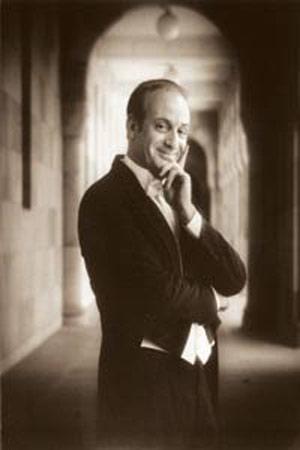 “A take-charge maestro who invests everything he conducts with deep musical understanding” (Chicago Tribune), Mr. Rachleff is in constant demand as a guest conductor. Recent engagements include the Utah Symphony, Houston Symphony, Seattle Symphony, Indianapolis Symphony, Kansas City Symphony, Phoenix Symphony, Dayton Philharmonic and Toledo Symphony among many others. Summer festival engagements include Tanglewood, Aspen, Interlochen, Chautauqua, Brevard Music Festival, Music Academy of the West, Opera Theatre of Lucca, Italy and the Grand Teton Music Festival. In 1993, he was selected as one of four American conductors to lead the Cleveland Orchestra at Carnegie Hall under the mentorship of Pierre Boulez. In Fall 2017, Rachleff was inducted into the American Classical Music Hall of Fame (ACMHF).

Mr. Rachleff is especially noted for his rich and productive rapport with orchestra musicians. The Salt Lake Deseret News had this to say about him recently: “His interpretation (Prokofiev’s Fifth Symphony) was charged with power and passion that never waned. His reading was compelling, yet he also managed to bring out the lyricism that lies hidden beneath the boldness of the themes. What was especially remarkable, he conducted the work from memory. The orchestra played marvelously. The musicians were at the top of their game, and their rapport with Rachleff was obvious. It was a fabulous collaboration between orchestra and conductor.”

A former faculty member of Oberlin Conservatory, where he was Music Director of Orchestras and Conductor of the Contemporary Ensemble, he also served as conductor of the Opera Theatre at the University of Southern California. He has conducted and presented masterclasses all over the world, including the Chopin Academy in Warsaw, the Zurich Hochschule, the Sydney and Queensland, Australia conservatories, the Juilliard School, the New England Conservatory, and Royal Northern College in the U.K.

Larry Rachleff is an enthusiastic advocate of public school music education. He has conducted All-State orchestras and festivals in virtually every state in the United States as well as throughout Europe and Canada. He has also served as principal conducting teacher for the American Symphony Orchestra League, the Conductors’ Guild and the International Workshop for Conductors in the Czech Republic.

As a dedicated advocate of contemporary music, Mr. Rachleff has collaborated with leading composers including Samuel Adler, the late Luciano Berio, George Crumb, Michael Daugherty and John Harbison among others.

Larry Rachleff holds honorary doctorates in music from both Roger Williams University, and Providence College, Rhode Island.  He resides in Houston with his wife, soprano Susan Lorette Dunn, and their son, Sam.