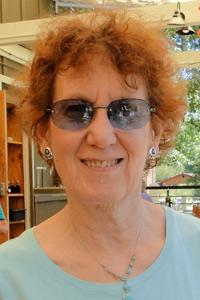 Marcia J. Citron is Martha and Henry Malcolm Lovett Distinguished Service Professor of Musicology Emerita. A member of the faculty since 1976, Citron specializes in music of the Romantic era, opera, opera and film, gender in music, and Brahms. In addition to numerous articles she has authored five books, including two devoted to her current interest, media representations of opera: When Opera Meets Film (2010, Cambridge University Press) and Opera on Screen (2000, Yale University Press). Two earlier books garnered awards: Gender and the Musical Canon (1993) won the Pauline Alderman Prize for best book on women in music from the International Alliance for Women in Music; and Letters of Fanny Hensel to Felix Mendelssohn (1987) was named “Outstanding Book” by Choice magazine. Her other monograph is a Bio-Bibliography of French composer Cécile Chaminade(1988).

Citron’s scholarly contributions have been recognized by a lifetime achievement award—the granting of Honorary Membership—from the American Musicological Society. She has served the AMS in a variety of roles: as member of the Board of Directors; chair of major publication-awards committees (for best book by a senior scholar, and for best article by a junior scholar); and member of several other committees, including the Colin Slim award committee, professional development committee, and status of women committee. Her research has been supported by grants from the National Endowment for the Humanities, DAAD (German Academic and Exchange Service), and Rice University.