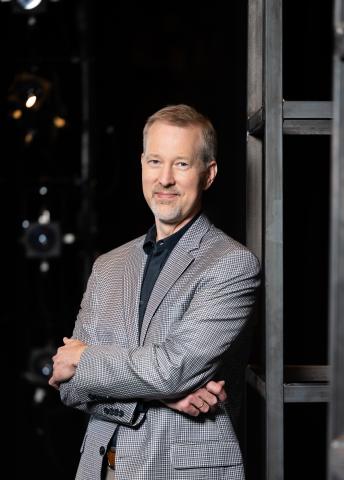 Incoming Lynette S. Autrey Dean of Music, Matthew Loden, has performed around the world, judged competitions, served as a speaker for national conferences and been a music panelist and university lecturer. Dean Loden has worked for some of the top music training programs throughout the U.S., from the Aspen Music Festival and School to the New England Conservatory of Music’s Entrepreneurial Musicianship program, and he’s been a mentor for the League of American Orchestras Management Fellowship program, a premier leadership training program designed to launch executive careers in orchestra management.

Since becoming CEO of the Toronto Symphony Orchestra (TSO) in 2018, Dean Loden has redefined the role of an orchestra in a diverse international city, commissioning world-premiere works from next-generation composers and establishing new creative partnerships and performances with artists ranging from composer Samy Moussa to the soprano Erin Wall, from violinist Patricia Kopatchinskaja to pop icon Jesse Reyez. His commitment to compelling experiences has expanded audiences and increased revenue, while his relationships throughout the music world have attracted top talent to the organization, including renowned conductor Gustavo Gimeno, who became music director in 2020.

Before assuming his role in Toronto, Dean Loden served as interim co-president of the Philadelphia Orchestra and as its executive vice president for institutional advancement, with responsibility for sustaining strategic direction and overseeing all board, philanthropic, communications and external relations efforts. He was part of the team that launched celebrated maestro Yannick Nézet-Séguin as music director while navigating the orchestra’s successful comeback from Chapter 11 bankruptcy reorganization. He also served as board secretary for the Academy of Music, with oversight over the nation’s oldest opera house, and was executive liaison with the Kimmel Center for the Performing Arts.

As vice president and general manager at the Aspen Music Festival and School, Dean Loden supervised operations for approximately 400 musical events each summer, including operations for five orchestras, opera productions, chamber music programs, master classes and lectures for 650 students. He was also responsible for implementing Aspen’s first-ever live opera simulcasts and streamed performances on MediciTV. Additionally, he was part of the design and building teams for a new $75 million redevelopment of the school’s 38-acre Bucksbaum Campus.

As a violinist, Dean Loden performed regularly with the Kennedy Center Opera and Ballet orchestras, the National Symphony Orchestra, the Houston Grand Opera and Ballet orchestras, the American Composers Orchestra, and he has been the concertmaster for the Washington Bach Consort and a principal player in the American Symphony Orchestra at Lincoln Center and Carnegie Hall. Mr. Loden has also performed with the Broadway productions of Cabaret, Once Upon a Mattress, High Society, and The Lion King.

A native Houstonian, Dean Loden is a graduate of the High School for the Performing and Visual Arts and in his early years studied violin with Fredell Lack. His advanced college studies include training with renowned teachers Stephen Clapp, Andrew Jennings, and Zvi Zeitlin. He has also studied with Shepherd School of Music faculty Kenneth Goldsmith and Kathleen Winkler.