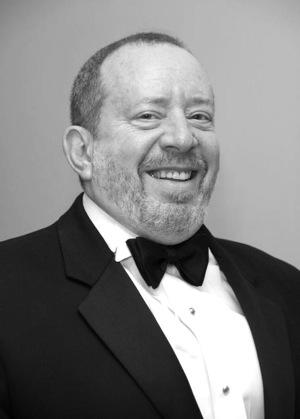 Richard Brown, a native of Philadelphia, earned his bachelor of music from Temple University in Philadelphia and his master´s degree from Catholic University of America in Washington, D.C. He started his career with the Chamber Symphony of Philadelphia in 1968. He played in the United States Army Band in Washington D.C., and then moved to Houston to perform with the Houston Symphony, a position he held for eight years. While in Houston, he established the percussion department at The Shepherd School of Music.

Brown left the Houston Symphony to establish a free-lance career in New York City. He worked in studios recording film scores, records, and radio and TV jingles, played several Broadway shows, and worked with the Metropolitan Opera, the Orchestra of St. Luke´s, and the New York Philharmonic. It was during this time that he began his association as percussionist for the live stage performances of actress/singer Ann-Margret. In the summer, Brown is principal percussionist with the Grand Teton Music Festival Orchestra in Jackson Hole, Wyoming.

In 1984 he returned to the Shepherd School as full-time Professor of Percussion and performs regularly with the Houston Symphony as well as Principle Percussion of the Houston Grand Opera Orchestra.