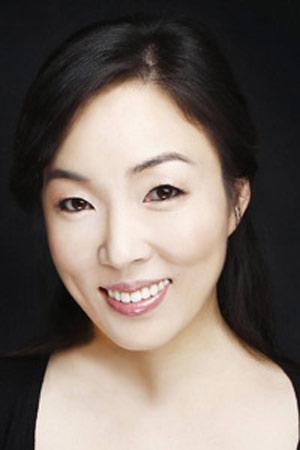 Pianist Sohyoung Park, born in Seoul, Korea, is an active soloist and chamber musician. She has performed throughout Europe, the United States, Taiwan and Korea. Her performances include appearances at the Salle de Cortot in Paris, Schleswig-Holstein Music Festival in Lübeck, Accademia Musicale Chigiana in Siena, Auditorium del Museo revoltella in Trieste, Amalfi Music Festival in Vietri sul mare, Mozart Museum in Prague, the Seoul Arts Center in Seoul, a series of the complete Beethoven Piano Sonatas in Lancing, and Duncan Recital Hall and Moore Opera House in Houston. Park has also appeared as a soloist with the Rice Chamber Orchestra at the Stude Concert Hall in Houston, and with the Ruse Philharmonic Orchestra in Bulgaria. She was the pianist of the Sam Houston Piano Trio at Sam Houston State University. Park received her doctoral degree from the Shepherd School of Music at Rice University, master’s degree from the University of Michigan and bachelor’s degree at the Seoul National University. She also received a Diploma of Merits from the prestigious Academia Musicale di Chigiana in Siena, Italy and attended the International Chamber Music School of the Trio di Trieste in Italy. As a soloist and chamber musician, she has studied with and has been coached by renowned artists and pedagogues such as Robert Roux, Michele Campanella, Paul Badura-Skoda, Dario De Rosa, John Perry, Russell Sherman, Menahem Pressler, Eugene Istomin, Jean-Yves Thibaudet, Phillippe Entremont, Lazar Berman, James Tocco, Louis Nagel, and Martin Katz.

Sohyoung Park joined the faculty at Rice University in 2005. Previously, she had been a faculty member at Sam Houston State University. Her students have been among winners of competitions and auditions at the local, state, and national levels. An active music educator, she has adjudicated various competitions and given masterclasses and presentations at various festivals and institutions. She was honored as the 2012 Teacher of the Year by the Houston Music Teacher’s Association. She served as a faculty member in the Texas State International Piano Festival in 2013. During the summer since 2015, she teaches and performs in Italy at the InterHarmony International Music Festival in Arcidosso and Acqui Terme.