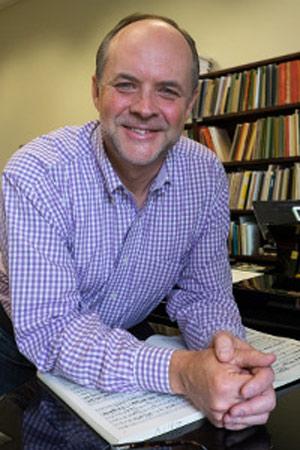 Stephen King is the Lynette S. Autrey Professor Emeritus of Voice at the Shepherd School of Music at Rice University. Additionally, he is Director of Vocal Instruction for the singers of the famed Houston Grand Opera Studio and is a member of the Artist Faculty of the Aspen Music Festival and Ravinia Festival’s Steans Music Institute.

An internationally recognized teacher, Stephen King’s students sing on the major operatic and concert stages of the world, and he is sought out for his expertise in training singers and teachers. He has appeared at Moscow’s International School of Vocal Art, The Chinese International Music Festival, as master teacher for the NATS Foundation Teacher Intern Program and at the National Convention of the National Association of Teachers of Singing. Mr. King maintains formal teaching relationships with young artist programs at Los Angeles Opera and Dallas Opera, as well as teaching singers who are young artists at the companies of Chicago Lyric, Seattle, Minnesota and Utah. His current students appear in virtually every major young artist venue including Merola, Wolftrap, Glimmerglass, Santa Fe, Marilyn Horne’s Wings of Song, Music Academy of the West and The Aspen Music Festival. Students have been winners of numerous competitions including the Metropolitan Opera National Council Grand Finals, the Eleanor McCollum Competition, Dallas Opera Guild and Palm Beach Opera. Mr. King’s teaching has been profiled in the 2008 University of Minnesota PH.D dissertation, Three Exemplary Voice Teachers: Their Philosophies and Studio Techniques.