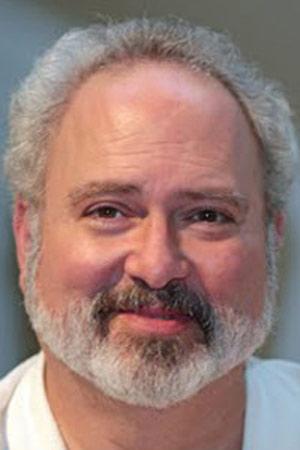 Thomas Jaber is Director of Choral Activities and Professor of Vocal Coaching at The Shepherd School of Music.  In addition to the responsibilities of coaching graduate students and senior voice majors, Mr. Jaber teaches graduate choral conducting and conducts the Rice Chorale.

Mr. Jaber served as Principal Coach in the 1992 season of the Chautauqua Opera.  He has also worked as coach for the Houston Grand Opera on four productions - Lucia diLammermoor, Tosca, A Midsummer Night’s Dream and Porgy and Bess.  Before moving to Houston in 1988, Mr. Jaber was a resident of Philadelphia, Pennsylvania where, for two seasons, he was Music Director of the Opera Theatre of Temple University.  There he conducted the Philadelphia premiers of Monteverdi’s Coronation of Poppea as well as Virgil Thomson’s Mother of Us All.

He earned degrees with honors in piano from Arkansas State University (BME) and Indiana University (MM).  He was granted the Performer’s Certificate in Accompanying from the world-renowned Curtis Institute of Music. He was a member of the Curtis faculty from 1976-1988.  His major university and conservatory professors included Myron Myers, Alfonso Montecino and Vladimir Sokoloff.  Mr. Jaber also worked as a vocal coach and conductor at Philadelphia’s Academy of Vocal Arts from 1977-1986, and The Corfu (Greece) International Festival, 1981 and 1982.  He was the Brown Visiting Professor of Opera at Baylor University during January, 1988 where he prepared a double casting of Smetana’s The Bartered Bride.

Mr. Jaber was chosen as vocal coach for the Opera Company of Philadelphia/Luciano Pavarotti International Competition and also served as an Assistant Conductor of the Opera Company of Philadelphia.  As a keyboard artist, he is the continuo organist on three recordings of cantatas by J.S. Bach with Helmuth Rilling, has performed as solo organ recitalist in Jerusalem’s Church of the Redeemer and with the Concerto Soloists Ensemble of Philadelphia, The First Friday Organ Series at Christ Church, Philadelphia, and for twelve seasons was the Principal Accompanist at the Fred Waring Summer Music Workshops.  In addition to conducting for the Waring Organization’s PBS Television Special featuring The US Chorus, Mr. Jaber has been a guest conductor and choral clinician for the Brightleaf Music Workshop at Duke University for several seasons, and has coached the Opera Department of Lamar University, Beaumont, Texas.  Mr. Jaber has recorded with the highly praised Houston Symphony Chamber Players, under the direction of Maestro Christoph Eschenbach, Schoenberg’s Five Pieces For Orchestra.

Mr. Jaber was keyboard accompanist for several seasons for the world-renowned Houston Children’s Chorus.  With the group, he appeared in many concerts in Houston and the surrounding area, Hong Kong, Macau, and New York’s Carnegie Hall.  He regularly accompanies the regional auditions of the Metropolitan Opera, as well as regional auditions for the San Francisco Opera Merola Progam.

From 1978-1988, Mr. Jaber was the Organist/Choirmaster of The First Presbyterian Church in Philadelphia, where he conducted a professional chorus of twenty singers, and was heard regularly in recital on the Alexander McCurdy Memorial Organ.  He is currently the Organist at Chapelwood United Methodist Church in Houston, Texas.  He has conducted the Chapelwood Chancel Choir in four European Tours, with major appearances in Chester Cathedral, The Cathedral (Munster) of Bern, Switzerland, Saint Peter’s Cathedral in Salzburg, The Basilica of Esztergom in Hungary, The world Conference of the United Methodist Church in Brighton, England, various churches in the Czech Republic, Great Britain and Wales.  The ensemble has also performed in Moltrasio on Lake Como in Northern Italy as well as in major venues in eastern Canada.

In the summer of 2003, Mr. Jaber was a principal coach, piano accompanist and operatic music director for a production of Puccini’s Suor Angelica in performances in the Amalfi Coast area.  In June of 2004, he debuted as conductor of Mozart’s Le Nozze di Figaro with the Amalfi Coast Festival in Vietri Sul Mare, Italy.  He will return to the Festival in July, 2005 to coach singers and prepare programs of operatic scenes and arias.

Mr. Jaber was invited in June, 2006 to participate as a clinician and pianist for the Perspectives Choral Sessions to be held in Santa Fe, New Mexico.  He conducted a Church Music Festival in the Sydney, Australia Opera House in July, 2007. Also in 2007, he was the conductor/clinician for the Texas two-Year College All State Chorus as a part of the Texas Music Educators Association Convention in San Antonio, Texas.

He has prepared multiple works for Maestro Larry Rachleff, music director of the Shepherd School Orchestra including:  Stravinky’s Symphony of Psalms, Mahler’s Symphony No. 2, Prokofiev’s Alexander Nevsky, Orff’s Carmina Burana, Beethoven’s Symphony No. 9, Ravel’s Daphnis and Chloe.  He has conducted and prepared many other large-scale choral and orchestral works that he has done both at the Shepherd School of Music and elsewhere.  The Rice Chorale recently joined in a joint performance with the choirs and orchestra of the University of Houston of Beethoven’s Symphony No. 9 under the direction of Maestro Franz Krager.  Last season he prepared the chorus for concert performances of Mozart’s Davide Penitente that were conducted by Hans Graf, music director of the Houston Symphony.

Mr. Jaber is the Director of Music and Organist of Houston’s Chapelwood United Methodist Church, one of this country’s most active parish music programs.   There, he recently performed the Concerto for Organ, Strings and Timpani under the baton of Maestro Alastair Willis.

Thomas Jaber , Professor of Music and Director of Choral Ensembles and Vocal Coach