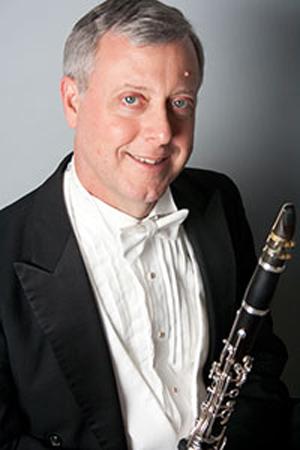 Thomas LeGrand is the Associate Principal and Eb Clarinetist of the Houston Symphony.  He served as Acting Principal Clarinet for the 2013-14 season.  He has appeared as soloist with the symphony in concertos of Debussy, Weber, Rossini, Copland, Mozart, and the Martin Concerto for Seven Wind Instruments.  Recently, he performed as recorder soloist in the Bach Brandenburg Concerto No. 4 in the Houston Symphony ‘Bach vs. Vivaldi’  Festival.  An active chamber performer, he has appeared locally with Da Camera of Houston, Texas Music Festival and The Greenbriar Consortium.  During the summer he can be heard at the Grand Teton Music Festival in Wyoming where he enjoys long mountain hikes when he is not performing orchestral and chamber music.

LeGrand is an Associate Professor of Clarinet at The Shepherd School of Music at Rice University where his primary focus is conducting the orchestral repertoire class for woodwinds.  Prior to that, he served on the clarinet faculty of the Moores School of Music at the University of Houston.  Recently he has been involved with the Fidelity FutureStage® project which helps prepare and inspire underserved middle and high school students for future stages in life through a unique music and theater arts education program.

Before coming to Houston, Thomas LeGrand was a member of the Cincinnati Symphony Orchestra and taught clarinet at the College-Conservatory of Music of the University of Cincinnati.  He is a graduate of the Curtis Institute of Music.