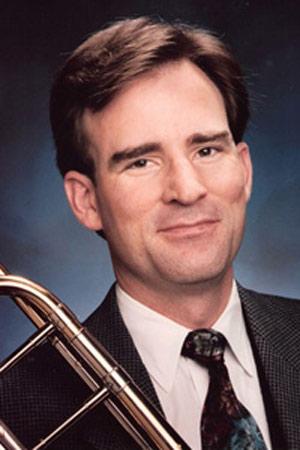 Formerly Principal Trombonist with the Houston Symphony until 2021, Allen Barnhill joined the orchestra in 1977 and has appeared as a soloist on numerous occasions.  Winner of the Swiss Prize in the 1979 Geneva International Solo Competition, he was also featured in the 2008 world premiere of Cindy McTee’s Solstice for Trombone and Orchestra.

A native of Elizabethtown, NC, Allen graduated from The Eastman School of Music where he studied with Donald Knaub. He enjoys water skiing, snow skiing and golf.