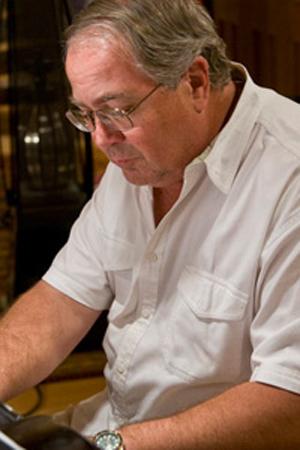 “Rapturous, argumentative, and prickly” (Gramophone Magazine), and “fascinatingly strange” (BBC Music Magazine), composer Arthur Gottschalk accepted an invitation as Visiting Artist at the American Academy in Rome in 2016, and The Association of Rice Alumni honored him with its Meritorious Service Award, the highest honor for a non-graduate of Rice University. Among many other awards, his Concerto for Violin and Symphonic Winds won First Prize in the XXV Concorso Internazionale di Composizione Originale (Italy), and in 2011 he was awarded the prestigious Bogliasco Fellowship for further work in Italy. Other awards include the Charles Ives Prize of the American Academy of Arts and Letters, the 2014 Gold Medal for his Sonata for Cello: In Memoriam and the 2015 Gold Medal, Best of Show, and Recording of the Year from the Global Music Awards for his Requiem: For The Living. Residencies include the Columbia-Princeton Electronic Music Center, the Piccolo Spoleto Festival, and the Atlantic Center for the Arts.