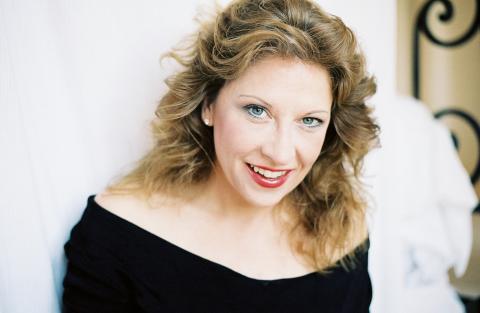 Hailed for her “sumptuous sound, wrenching poignancy, and faultless musicianship” (The New York Times), “resonant focus, glimmering tone and creamy fluidity” (The Los Angeles Times), and “ravishing tone and fire of imagination” (The Boston Globe), soprano Karol Bennett has been heard worldwide in lieder, oratorio, opera, and new music.  Her honors include the Pro Musicis International Award, a fellowship from the Bunting Institute of Radcliffe College, an Artistic Ambassadorship, and a Duo Recitalists Grant from the National Endowment for the Arts.

Ms. Bennett has appeared as soloist with numerous ensembles, including the Houston Symphony, the St. Paul Chamber Orchestra, the San Francisco Contemporary Music Players, the Sinfonia Kracovia, Da Camera of Houston, the New York New Music Ensemble, the Boston Cecilia, the Boston Masterworks Chorale, the Boston Musica Viva, Collage, the Quarteto Latino-Americano and the Borromeo, Cassatt, Chiara, Boston Composers, Del Sol, Enso, Flux, Maia and Mendelssohn String Quartets.  She played the role of Mélisande in the Russian premiere of Debussy’s Pélleas et Mélisande under the direction of Sarah Caldwell; other operatic roles include Despina in Cosi Fan Tutti, Adèle in Die Fleidermaus and Gretel in Hansel and Gretel.  Her performance of the Verdi Requiem was chosen for the “Best of Classical Music” by the Boston Globe.  Other acclaimed performances include Bach’s St. Matthew Passion, St. John Passion and Cantata no. 51, Haydn’s The Creation, Handel’s L’Allegro, il Penseroso ed il Moderato, Mozart’s Mass in c-minor and Exsultate Jubilate!, Mendelssohn’s Elijah, Mahler: Symphony No. 4,  the Fauré Requiem, and Orff’s Carmina Burana. Ms. Bennett has been a participant at the Bowdoin, Marlboro Round Top, and San Luis Obispo International Festivals, and Artist-in-Residence at MIT, the Universidad Verucruzana and International Festival of Music in Morelia, Mexico.

Her recording of music of Earl Kim with the Metamorphosen Chamber Orchestra was chosen for the “Critics’ Choices: Classical Music” by the New York Times.   Writing about Tod Machover’s Flora, the Boston Phoenix remarked that the recording “with the extraordinary contemporary-music soprano Karol Bennet, h(as)—within the past couple of years—deservedly—achieved something like cult status.” Of her recording of Machover’s Song of Penance, the Boston Globe wrote “No praise can be too high” and the Philadelphia Inquirer wrote “So good you’d be tempted to proclaim it one of the new music discs of the decade.”  Her release of Jonathan Harvey’s From Silence was praised by Gramophone as “strikingly agile and secure, powerfully convincing.”  Other acclaimed recordings include music by Anthony Brandt, Benjamin Britten, Sebastian Currier, Arthur Gottschalk, and John Harbison.  Ms. Bennett has recorded for the Bridge, New World, Albany, Archetypes, Navona, Newport Classics and Arsis labels.

An acclaimed recitalist, she has performed a televised concert from the Opéra Comique in Paris, as well as recitals in France, Italy, Russia, Taiwan, Korea, Mongolia, Mexico, and throughout the United States.  Highlighting her longtime collaboration with pianist/composer John McDonald, the Boston Globe praised “a partnership that can stand comparison with the great ones of the past.”

Ms. Bennett is a performer and educator dedicated to introducing new audiences to classical and modern music.  As winner of the Pro Musicis Award, she performed in Europe and the United States, repeating the concerts in nursing homes, hospitals, day care center and a woman’s prison.  As Resident Artist of the Houston-based contemporary music ensemble Musiqa, she has performed for over 55,000 public school students and given workshops at over two hundred Houston-area schools.

Ms. Bennett received her BM in Vocal Performance from the UMKC Conservatory of Music where she studied from the age of 15 with Martha Longmire (a protégé of Lotte Lehman) and received her MM from the Yale School of Music, where she was a student of Phyllis Curtin.  She also studied at the Salzburg Mozarteum and for two summers at Tanglewood.  She made her Tanglewood debut performing Henze’s Being Beauteous, for which the Boston Globe praised her  as ” excellent,  her singing was clear, free, pure and exquisite.” Bennett was on the voice faculty of Boston University before moving to Houston where she lives with her three children and husband Anthony Brandt.