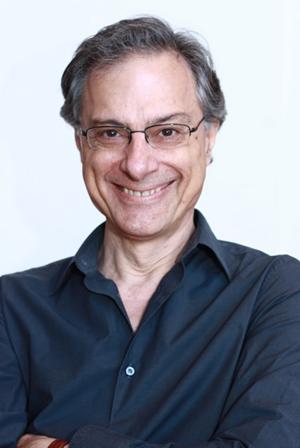 Richard Lavenda’s music has been performed around the world by, among many others, the Houston Symphony Orchestra, Musica Nova/Tel Aviv, the Slovak Radio Orchestra, the Chiara, Diotima, Enso, T’Ang, and Sun String Quartets, ZAWA!, Project Trio, the Concordia Trio, and the New Israeli Vocal Ensemble. His catalog of more than sixty works ranges from music for solo flute to an opera, and includes numerous pieces for orchestra and for a wide diversity of chamber ensembles. He has been a guest composer on many campuses and concert series around the United States, at festivals and concerts in Germany, the Czech Republic, Ukraine, Finland, Slovenia, Australia, Israel, and South Korea, and on programs at Carnegie Hall and the Kennedy Center. He has received awards and commissions from such organizations as the National Opera Association, the Houston Arts Alliance, the Vaughn Family Foundation, the Miazawa Flute Company, and Da Camera of Houston.

Recent compositions include String Quintet: Afterimages, written for le Quatour Diotima and James Dunham and presented by Da Camera at the Menil Collection, Again and Now, for cello and piano, written for the Fischer Duo, and One Good Turn, for clarinet and bassoon, written for Richie Hawley and Benjamin Kamins. Current projects include pieces for the Oasis Saxophone Quartet and the Snaufer/Garvin Duo. A CD of some of Lavenda’s recent chamber music, entitled Chiaroscuro, was released on Ravello Recordings in October 2013.

A native of New Jersey, Lavenda received his education at Dartmouth College, Rice University, and the University of Michigan, where he received a doctorate in 1983. He joined the faculty of The Shepherd School of Music at Rice in 1987, and is now Professor of Composition and Theory and Director of Graduate Studies. In addition to composition, he teaches undergraduate theory, graduate analysis, aesthetics, classroom pedagogy, and a Practicum in Contemporary Music, where composers and performers collaborate on the creation of new works. He is the recipient of many grants and awards for innovative teaching and technology in the classroom initiatives.

Richard Lavenda , Professor of Composition and Theory and Director of Graduate Studies