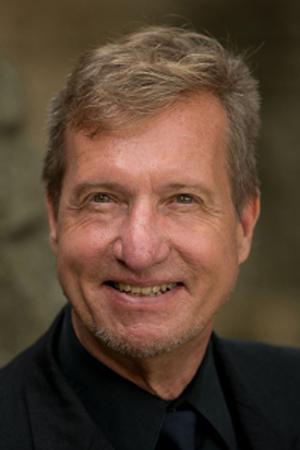 Rick Erickson is the Director of the Bach Society Houston and Cantor at Christ the King and also Lecturer in Church Music at The Shepherd School of Music at Rice University.

Prior to coming to Houston, Rick served for 22 years as Cantor at Holy Trinity Lutheran Church in New York, where he directed the Bach Vespers series. Prior to that, he served as Director of Music at Incarnate Word Church in Rochester, NY.

A graduate of the University of Wisconsin, Superior, from which he also received the Distinguished Alumnus Award in 2009, he holds a Master’s in Organ Performance and Literature and the Performer’s Certificate from the Eastman School of Music, where he also served for four years on the faculty of Improvfest. His organ teachers include Lucile Hammill Webb, Russell Saunders, David Craighead, and Gerre Hancock in improvisation. He also studied conducting at UWS and the Eastman School.

Rick has appeared as recitalist, lecturer, conductor, and hymn festival leader throughout the United States, and in Germany, Sweden, Australia and New Zealand. He has performed for conventions of the American Guild of Organists and the Association of Lutheran Church Musicians, among others. A noted hymn improviser, Erickson has recorded for Naxos, JVrecording, Deux-Elles, and Augsburg Fortress. The New Yorker hailed his playing as exhibiting “exemplary Bach.”

He has also served as a Dean and Regional Councillor of the American Guild of Organists. He is also an Associate in Ministry in the ELCA.