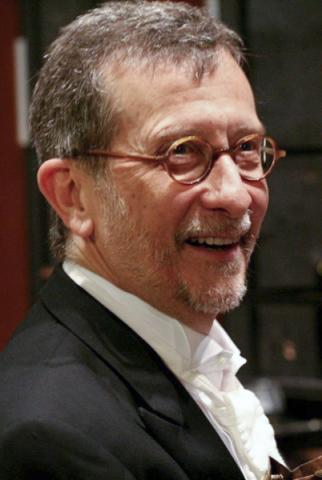 Robert Atherholt graduated from The Juilliard School in 1977, where he was a student of the esteemed American oboist and mentor Robert Bloom. Soon after, Atherholt was invited to join Orpheus, The St. Luke’s Orchestra and The Opera Orchestra of New York among others. He served as Principal oboist of the New Jersey Symphony for the 1979-80 season followed by a year as English hornist.

In 1984 Atherholt was appointed Principal oboist of The Houston Symphony Orchestra, a position he held for twenty-seven years, retiring in 2011. During his years with the HSO he established himself as a leading voice in the orchestra. He performed and toured as solo oboist of the Houston Symphony Chamber Players, and was featured soloist with the HSO performing numerous concerti, including the Mozart Concerto for oboe and orchestra, and the world premiere of the Schumann/Picker Romances and Interludes. Both works were later recorded with the orchestra under Maestro Christoph Eschenbach.

He continues his passion for teaching as Professor of Oboe at The Shepherd School of Music, celebrating his thirty-third year in that position. The current year has also included residencies at Oberlin College, The New World Symphony, and the University of Houston. His former students hold major positions in many orchestras and universities in the United States, as well as orchestras in South America, Israel, Switzerland and China.

Summer activities have included Principal positions with The Sun Valley Summer Symphony and The Santa Fe Opera Orchestra, as well as participation in the Marlboro, Caramoor and Pacific Music Festivals.