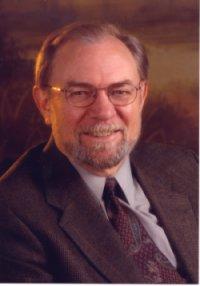 When Jones was recruited for the position of dean of the soon-to-be created Shepherd School, he was a 38-year-old symphony conductor. The opportunity to build a first-rate music school-and to be there at its conception stage-was just too tempting to pass up, Jones says. He signed on in 1973.

Based on his own experiences as an educator, composer and conductor, he crafted a guiding philosophy: He wanted the school to be known as one of the finest in the nation and he wanted it to focus on music making and music training as opposed to an exclusively theoretical or music educational approach. He wanted to emphasize a comprehensive curriculum in orchestral studies. No other school in the country had one. He wanted faculty members to be encouraged to continue their artistic growth. The Shepherd School was also to be a place where the performing artist/student could receive a liberal education.

Jones is pleased by the way in which the philosophy took hold, and quick to note that the success of the Shepherd School has been "a highly collaborative endeavor. Even though I am the founding dean, one can't talk about the school without in the same breath talking about the founding faculty, staff and students," he says.

He also believes that each of the deans who succeeded him "has been exactly the right person for the school at that time." For example, he said that the late Michael Hammond, "will always be remembered as the man who envisioned and built this building, for his strengthening the ties between the school and the university and community-at-large, for a series of spectacular faculty appointments, and for his knowledge, brilliance and humanity-qualities which endeared him forever in the minds of his colleagues."

Rice President Emeritus Malcolm Gillis said: "The entire Rice University community owes a debt of gratitude to Sam Jones. He has played a leading role in the success of the Shepherd School and its rise to international prominence. We will miss him..."

Jones' colleague, Anne Schnoebelen, the Joseph and Ida Kirkland Mullen Professor Emerita of Music and a founding faculty member, says she admires the graceful manner in which Jones gave up his position of dean and "just folded back into the school in a wonderful contributory manner and became one of the pillars of the faculty."

Raphael Fliegel, Professor Emeritus of Violin, was impressed by Jones' devotion to his students: "When he accepts a student he accepts responsibility for them. He cares about what happens to them for the rest of their lives. In that regard he's been my role model."

Fresh out of graduate school, at age 25, he taught at Alma College, in Alma, Mich., while founding the Alma Symphony Orchestra and directing the college band. He was then hired as conductor of the Saginaw Symphony, and later, as assistant conductor of the Rochester Philharmonic. He was subsequently promoted to associate conductor, residential conductor, and finally the full conductor of that major orchestra.

Samuel Jones , Founding Dean of the Shepherd School of Music; Professor Emeritus of Composition and Theory