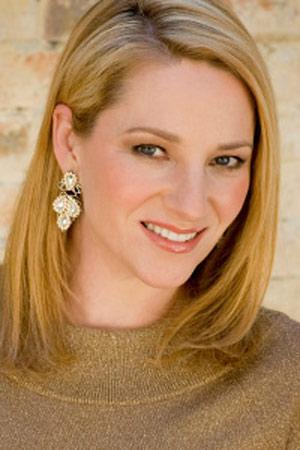 Miss Dunn has won many major Australian singing competitions including the State and Commonwealth Finals of the ABC Instrumental and Vocal Competition, an Opera Foundation Scholarship for study in Israel, an Australia Council Grant for study in the UK, an Arts Queensland Personal Development Grant, and in 2000, a prestigious Winston Churchill Fellowship where she worked with the New York Festival of Song in New York City. As a result of her Churchill Fellowship, Miss Dunn performs a series of concerts at The Shepherd School of Music, dedicated to the revitalization and re-invention of the song recital. Concerts in this series include ‘A Little Bit In Love’,’Dream With Me’, ‘The Golden Age of Operetta’, and this year, ‘An International Café’ (Melbourne, Australia), and ‘Musical Chameleons’.

Miss Dunn’s other international performances include the British premiere of Kurt Weill’s Street Scene in London’s West End, a tour of Pirates of Penzance – The Ballet, an American Music Theatre Gala in Tel – Aviv, Israel and Bernstein on Broadway for Leonard Bernstein – An 80th Anniversary Celebration. Miss Dunn has performed major roles throughout Australia in Musical Theatre, which include Leonard Bernstein’s Mass, Aspects of Love (The Really Useful Company), Baby (Queensland Theatre Company), Nunsense II (Mixed Company), Lucky Me (Tropic Line Theatre Company), Into The Woods (Opera Australia), A Little Night Music (Sydney Theatre Company)and Kiss Me Kate (Andrew McKinnon Concert Productions) where she was also featured as a dancer. Additionally, Miss Dunn has both produced and performed as a soloist in concert performances of Aspects of Romance, Broadway Showstoppers, No Tune like a Show Tune and LeadingLadies. She has also produced and performed in Bernstein on Broadway, a show she conceived for the Queensland Symphony Orchestra.

Susan Lorette Dunn has been instrumental as an educator as well as maintaining her full-time performing career. In Brisbane, Australia she held positions as Lecturer at the Queensland Conservatorium of Music and the Queensland University of Technology, where she also devised programs in music theatre skills. Since 2002, Miss Dunn has had the title of Artist Teacher of Voice within the Voice and Opera Faculty of the prestigious Shepherd School of Music, Rice University. Miss Dunn has also served on the faculty of the Opera Theatre and Music Festival of Lucca, Italy, The Brevard Music Festival, The Sarasota Music Festival, and The International Conducting Workshop and Festival, Czech Republic. She has taught master classes at the Aspen Music Festival, Music Academy of the West, Santa Barbara, and The Melbourne Conservatorium of Music, Australia. She recently created The St. Francis School of Music: A Co-curricular Vocal and Instrumental Program, for St. Francis Episcopal Day School, in Houston, Texas.