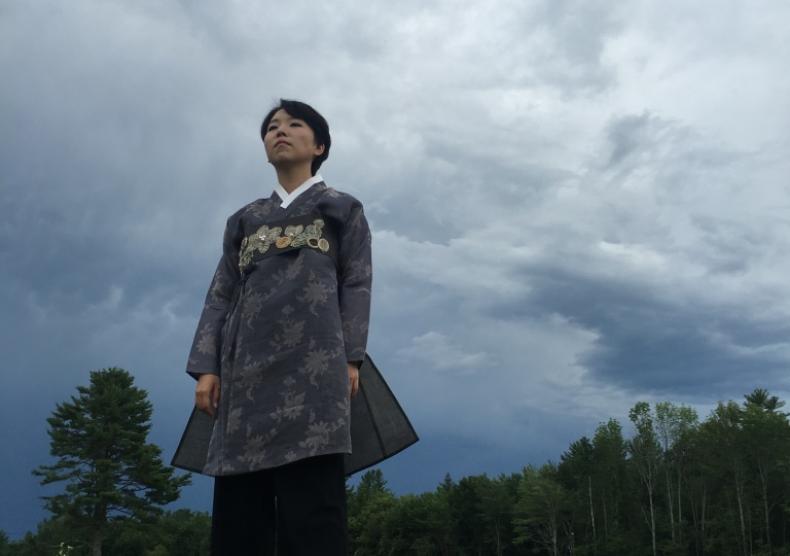 Woonjung Sim, the winner of World Music Award (2009) and Experimental Spirit Award (2010) of the 21st Century Korean Music Project Competition organized by Korean government, is a percussionist who has been recognized for her excellent musical talent and accomplishments nationwide. Woonjung was recently funded by the grant of Artist-in-residency through Korean government for seeking a new direction of Korean music in New York City in 2011. While living in New York City, she held improvisational she held improvisational music concerts such as in Clemente Soto Velez, Vaudeville Park, Downtown Music gallery, and Zebulon with various musicians that she met in the city. She also recorded and released her album with the members of an ensemble, Janya that she organized as a principal player and a composer, and debuted in the John F. Kennedy Center for the Performing Arts. Active as a percussionist, Woonjung played in a concert tour for celebrating the 60th Anniversary of Seoul National University across five cities in the US in 2005, and successfully performed in the Smithsonian Museums, Washington, DC in 2008. In 2010, she also participated in the International Symposium &amp;quot;Inheritance of Folk Culture&amp;quot; held at Akita University in Japan, and the International Country Music Week, Zhangjiajie, china. And she has participated in the Asia Improvisation Arts Exchange annually since 2013.