When Sallie Shepherd Perkins entered into an agreement with Rice University to endow the Shepherd School of Music, it was a realization of her lifelong dream and a testament to her love of music. Her gift laid the foundation from which one of the nation’s premier music schools has grown and flourished, preparing young musicians to succeed in the world of classical music and beyond.

"From its early days in the basement of Sewall Hall, the Shepherd School has developed into one of the premier music schools in America. As one of the founding faculty, I will outline the pre-history of the school from the initial gift of Sallie Shepherd Perkins to its actual opening in 1975 and go on to discuss the problems faced in the early years, the contributions of its deans, and the successes that have brought the school to its present outstanding reputation."

Benjamin, Sallie, and the Shepherd School of Music

After its beginning 40 years ago, the Shepherd School stood at a pivotal moment in its evolution. With the completion of the new building approaching quickly and the advancement of its highly acclaimed orchestra program and burgeoning opera and chamber music programs, the school was poised to enter the upper echelons of music schools and conservatories in the nation. As the Shepherd School of Music's story continued to unfold, the need had emerged to present a unified and deliberate brand vision and distinctive visual identity to guide communications with existing and future audiences.

The school completed an 18-month comprehensive overview with 2x4, a design consultancy headquartered in New York City, to develop a fresh identity for the school's promotional materials to coincide with the completion of the Brockman Music and Performing Arts Center in 2020. 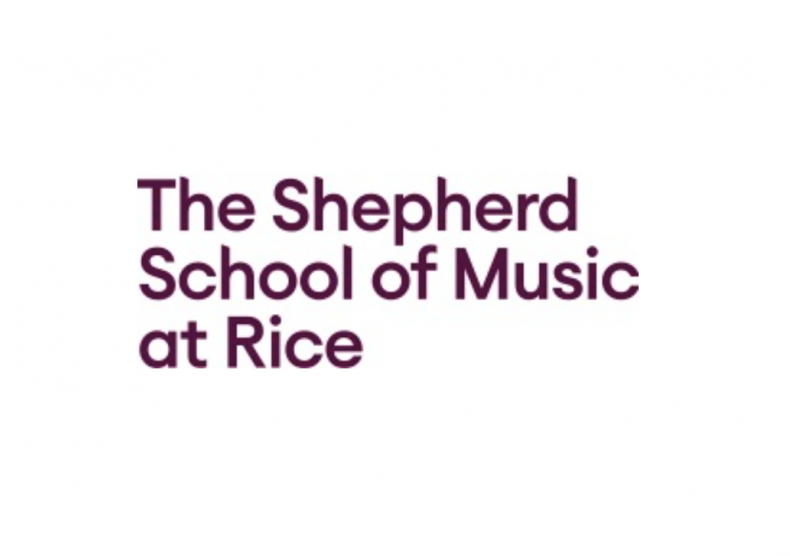