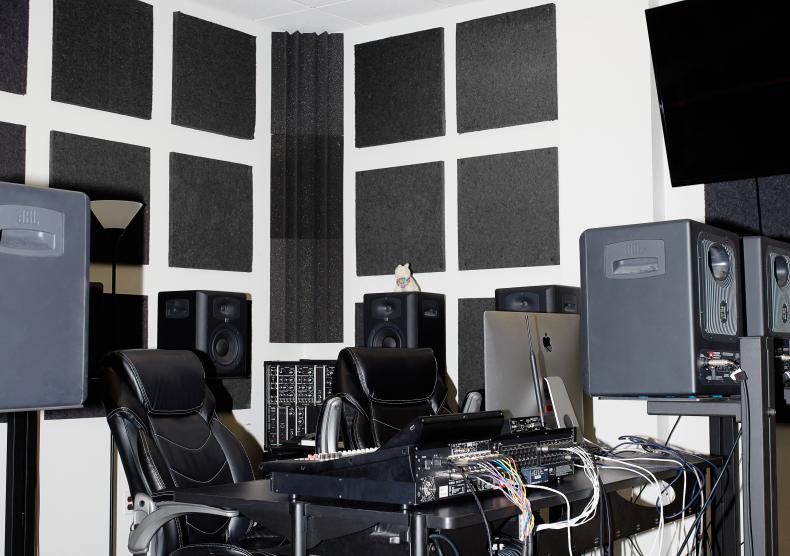 In 2016 REMLABS was upgraded and redesigned. The resulting five room facility includes a main teaching room that is set up for 12.2 surround work and video projection, three stereo workstations, and an office which houses performance and recording equipment.  Each workstation contains an identical software suite.

The main teaching room is equipped to handle most speaker arrangements (e.g. stereo, quadraphonic, 5.1, and octophonic) but is designed to emulate the 12.2 speaker system housed in the James Turrell Skyspace Twilight Epiphany.  This custom configuration allows composers to accurately reproduce Skyspace projects in the comfort of the lab before moving to the Skyspace.  In 2015, an SPS 200 Soundfield Ambisonic Microphone and TASCAM HS-P82 remote recorder were added to the labs resources.  This combination allows composers to make first-order ambisonic recordings before decoding them to any of REMLABS speaker setups.  The TASCAM remote recorder provides the option to make remote, ambisonic recordings ‘on location’ that are impossible to duplicate using traditional, studio-based ambisonics methods.