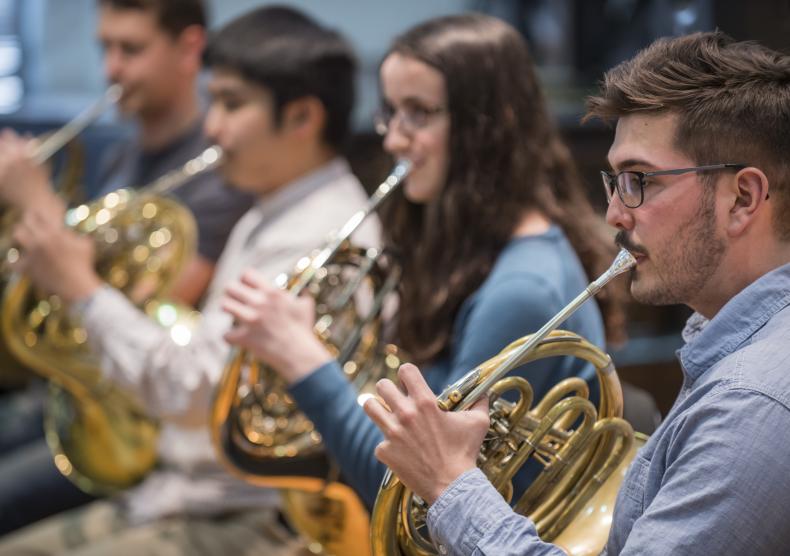 The Rice Brass Ensemble consists of the combined efforts of the entirety of the Shepherd School’s trumpet, horn, trombone and tuba studios, with the occasional addition of percussion. The group’s performing efforts in this capacity are held in conjunction with varying roles in the Shepherd School’s Symphony and Chamber Orchestras, as well as in its Orchestral Brass Repertoire class. The Rice Brass Ensemble is under the leadership of trumpet professor Charles Geyer, and is featured in concert twice per year. In the recent past, the ensemble’s repertoire has included many works of varying size and style for different combinations of the instruments, running the gamut from the standard antiphonal works of Gabrieli to living composers such as Michael Daugherty and Richard Lavenda.

Members of the Rice Brass also partake in chamber music activities, this year in particular varying from trio and quintet performances, as well as the Shepherd School’s trombone quartet-in-residence, NOVUS. Several members of the Brass have been prize winners in some of this country’s most prestigious competitive events, most recently including the National Trumpet Competition and the American Horn Competition.