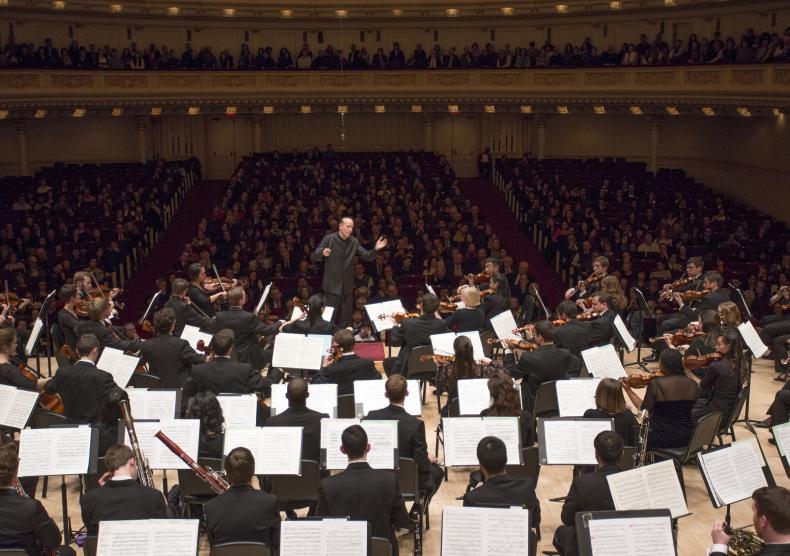 Orchestra members rehearse at least five and one-half hours a week, and they also attend classes in orchestral excerpts and orchestra repertoire classes for brass, percussion, woodwind, and string sections.

Sectionals are regularly given by our experienced orchestral faculty.

Larry Rachleff has been Music Director of the orchestral program since the fall of 1991, and under his leadership the Orchestras have reached new artistic levels, performing major works from the standard orchestral repertoire as well as giving several premieres of important new works and performing with the Shepherd School Opera.

“The Shepherd School of Music is an internationally known magnet for young players wanting careers as professional orchestral musicians. The excellent faculty - but above all conductor Larry Rachleff - consistently produces a top-quality ensemble many a city could want as its resident orchestra.” By Charles Ward. Houston Chronicle. 12, Oct. 2012. Web.

In a review of their Centennial performance the reviewer “caught [himself] engrossed in the music and completely forgetting that the group was a university orchestra. The students powered and finessed their way through any and all trouble spots.”