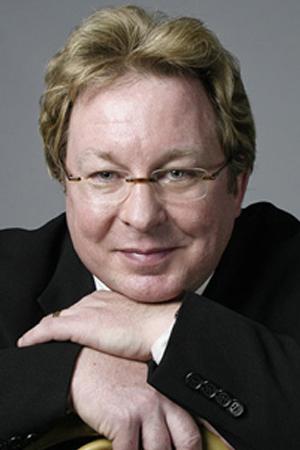 Hailed as “one of today’s superstars of the international brass scene,” William VerMeulen leads a varied musical life of Soloist, Orchestral Principal, Chamber Musician, Master Teacher and Music Publisher. Mr. VerMeulen has been Principal Horn of the Houston Symphony since 1990 and has performed as a guest Principal Horn of the Chicago Symphony, Los Angeles Philharmonic, Cincinnati Symphony, St. Louis Symphony, Pittsburgh Symphony and St. Paul Chamber Orchestra. Prior to Houston he was employed with the orchestras of Columbus, Honolulu, and Kansas City.

He has been an Artist of the Chamber Music Society of Lincoln Center and participates as a performer and on faculty with the finest music festivals and chamber music presenters among which include: Chamber Music Society of Lincoln Center, Aspen, Music @ Menlo, Banff, DaCamera, Orpheus Chamber Orchestra, Joshua Bell and Friends, Tanglewood, Sarasota, Steamboat Springs, Santa Fe, Orcas Island, New World Symphony, Domaine Forget, Chamber Music Northwest, and the Sun Valley Summer Symphony where he also serves as Principal Horn.

He has performed to critical acclaim on four continents as a soloist and chamber musician and is a popular artist at International Horn Society Symposiums where he was a member of the Advisory Council. He serves as a board member of the International Horn Competition of America. Along with the dozens of orchestral recordings in his discography are numerous solo and chamber recordings, including the complete Mozart Horn Concerti with Christoph Eschenbach and the Houston Symphony, Texas Horns featuring the Dallas and Houston horn sections and a new CD entitled “The Christmas Horn” which features Mr. VerMeulen combined with his students from Rice University and conducted by Dale Clevenger.  He has recorded live the Brahms Trio op. 40, Mozart Quintet K. 407, Beethoven Septet, Ravel Tombeau de Couperin for wind quintet, Schubert Octet, Spohr Nonet, Ligeti Bagatelles and the Bach Brandenburg Concerto no. 1. A champion of new music, Mr. VerMeulen has had numerous pieces written for him including concerti by esteemed American composers Samuel Adler, Pierre Jalbert and Tony DiLorenzo and the horn cantata “Canticum Sacrum” by Robert Bradshaw. He recorded the Canto XI by Samuel Adler for a CD called “First Chairs”. Among his awards and honors, Mr. VerMeulen received first prize at the 1980 International Horn Society Soloist Competition and the Shapiro Award for Most Outstanding Brass Player at the Tanglewood Festival.

Regarded as one of the most influential horn teachers of all time, Mr. VerMeulen is Professor of Horn at the Shepherd School of Music at Rice University and Brass Artist-in-Residence at the Royal Conservatory of Music’s Glenn Gould School with students performing in numerous major orchestras throughout the world including the New York Philharmonic, Boston Symphony, Los Angeles Philharmonic, Chicago Symphony, Israel Philharmonic, Canadian Brass, Cleveland Orchestra, San Francisco, Cincinnati, Montreal, St. Louis, Toronto, Detroit, Dallas and Houston Symphonies. Over 250 positions offers of employment have been offered to his students. In 1985 he was invited to the White House to receive a “Distinguished Teacher of America Certificate of Excellence” from President Reagan and the White House commission on Presidential Scholars.

He received his training from Dale Clevenger at Northwestern University and at the Interlochen Arts Academy and is Founder and President of VerMeulen Music, L.L.C., which offers music and products for horn players worldwide at http://www.vermeulenmusic.com

Mr. VerMeulen is married to Houston Opera and Ballet violinist Sylvia VerMeulen and they have two lovely children named Michael and Nicole. In his rare free time he enjoys having good friends over to share in his passion for fine cooking and wine.